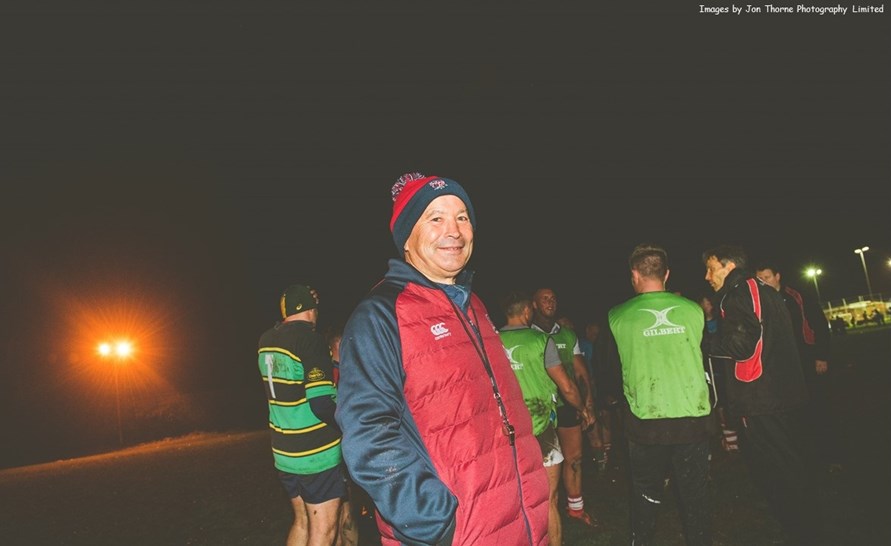 On the 2nd of November 2019 Eddie Jones proudly stood and watched his England team enter the Yokohama stadium in near perfect conditions for the rugby World Cup Final. A stadium groomed and prepared for the occasion with record crowds watching not only within the stadium but on televisions world wide. Twenty four days later, Eddie Jones again proudly stood and watched Barton under Needwood Rugby Club in Staffordshire training at Holland Sports Club, coaching, praising and enjoying the delights of grassroots rugby, his feet now back on firm ground, albeit extremely muddy ground. This was no relegation for the England coach, but part of his role to encourage and promote grass roots rugby, wherever in the UK that may be.

Barton under Needwood RFC are a small village rugby team, with two senior teams and around 150 youngsters spread between Rugby tots at 4 years upwards and up to Colts at 18years of age. Their seniors play in the Midlands 4 (West) North of the Midlands Division and are one of only two senior teams that this village side seek to turn out on each Saturday afternoon.

For the past week, the rugby club committee had been praying for a respite in the rain, only a week earlier their pitch had been covered in water and the newly surfaced all weather floodlit MUGA was also partially covered. Things were not looking very promising for the impending visit of the England Rugby head coach, who had promised to over see their training alongside all of their mini junior teams. When the day arrived, the water levels had dropped and the pitches were no longer squelching under foot, almost perfect conditions for this time of year. The groundsman and members breathed a sigh of relief and sent an excited message to their hero informing him that the training session was on! No soon as the ‘Send’ button had been pressed, a huge black cloud passed over the Staffordshire village and let loose 30minutes worth of solid rain, however by this stage nothing was going to stop the session.
Tweet
Tweets by @bartonrufc