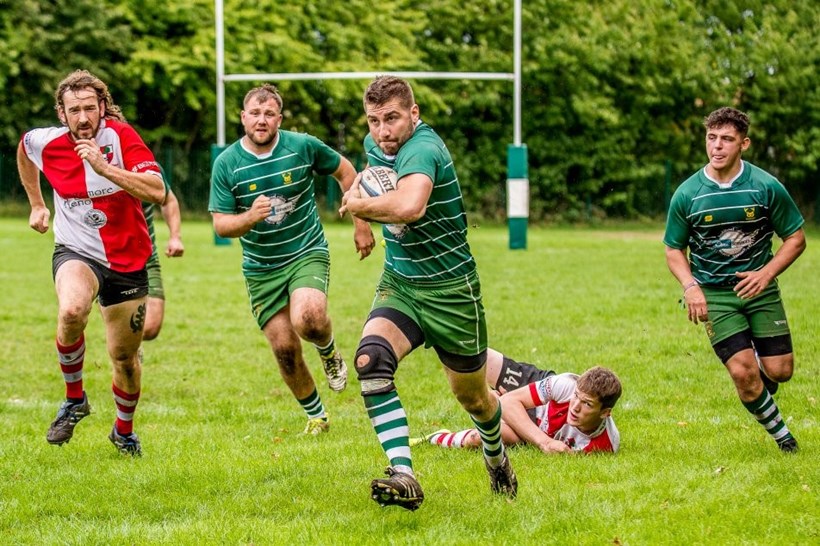 The first league game of season saw Barton visit St. Augustine’s field. This fixture always proves to be an eventful fixture but this time it was Rugeley RUFC that came out on top. They are a much improved team and at times played some attractive rugby.

We always knew that this game was going to be tuff and the coaching team set very clear objectives for the game. Despite the score line Barton played well in parts and showed the ability the team. Special mention must go to the younger players of the team who all played incredibly well. The final score was 83 – 17.

Here is what some of the players and supporters thought about the result.

Michael Traynor
“Not the result we were looking for but I couldn’t be prouder of the lads that turned out today and gave it 110% on the pitch.
Not a single man took a backwards step for the full 80 mins.
We knew it was going to be hard and believe me it was but throughout the game there was moments of pure magic, we know we can do it boys but it all comes through training together. I can’t wait to do it all again next Saturday with my brothers at Barton Under Needwood RUFC......BARS, BARS.....BARS!!!!”

Tom Robinson
“Rugeley were a good side at the end of last season. They have had an injection of new blood and they are starting to play some good rugby. This was always going to be one of the toughest tests of the season boys. Although the scoreline showed who was the best team, the spirit of the lads after the game and the genuine comeradere was a credit to you all. We are where Rugeley were a couple of seasons ago. Stick together, play for each other, support Mike and Jonny, train hard ... and the results will come. Ali bloody Umpah! “

Dave Viles
Well done boys! Peter Weedon, Kev Denver and I were very proud of you all and the improvement from last week was night and day in attack! Let’s keep building and we will win some good matches this year!

Mark Wilson-Dunn
A very good performance by Rugeley who have improved massively over the last few years, but the scoreline didn't reflect the effort, teamwork and skills of a re-building Barton side. Some great tackles and a couple of great tries (of which there should have been one more). Also really pleasing was the refs comments after the game that there was not one single incident of a Barton player arguing or giving her any grief. That's important in the way the team is perceived and how it reflects the values of Rugby. Train train train train and we will get back to winning ways.